The main Sensitization Programme was held at the main auditorium of the University. Commissioners from the Anambra State Government joined the programme at this point. It was aimed at bringing the educational system into the migration campaign in Nigeria.

Rev Fr. (Dr) Emeka Obiezu (Coordinator, CSOnetMADE), in his keynote address enlightened the participants that the sensitization is both urgent and pertinent as the journey of irregular migrants has become more secretive and dangerous as the recent incidents in Libya are abominable and of shame to us as a people.

The sensitization programme would bring participants to the knowledge of the dangers of irregular migration, hoping that it would lead to saving at least one life.

The representative of the Chief of Mission, International Organization on Migration (IOM), Henry Akwitti, remarked that understanding migration and its effective management can support in the management of migration. Over 70% of irregular migrants are victims of Human Trafficking and there is also a record of one death per thirty-five arrivals in Italy. IOM is committed to exploring every prospect to collaborate with the government and NCFRMI on its mandate to manage migration. In conclusion he saw the event as a golden opportunity and enjoined all stakeholders present it especially the academic community, to make good use of it “to take this sensitization further and to shape their academic programmes to provide solutions towards better migration management.” He lauded the Centre for Migration Studies commissioned earlier in the morning as a commendable step in this direction, meriting support of all.

The Honourable Federal Commissioner (NCFRMI) enlightened the participants that over the years, migration has been positive as migrants used to help achieve economic goals. But it is a shame that in the past few years, migration has become toxic, which is as a result of some push factors including undue pressure, poverty, insecurity in the country of origin, as well as some pull factors such as the lifestyles of the host countries. We live in a world always on the move. Migration cannot be stopped but can be better managed.

The Enugu Zonal Commander National Agency for the Prohibition of Trafficking in Persons (NAPTIP), Mrs Comfort Agbako expressed the enthusiasm of the Agency as it is working hand in hand with the NCFRMI in this mission. Materials were distributed to participants at the event on the dangers of irregular migration and trafficking.

The Representative of the Federal Ministry of Justice, Ms Amaka Gold Elom, emphasised that the country has been working on migration in different fronts but the recent issues in Libya woke Nigeria up to the enormity of the issues of irregular and unmanaged migration.

In addition, Roseline Obianu representing the Ministry of Labour and Employment sensitized the participants that the Ministry is also on the move to combat the scourge. It adopted the National Policy on Labour Migration with its plan of action in 2014, which also includes protection of migrant workers, their welfare and family, optimization of benefit on labour migration development. The Federal Ministry of Labour and Employment is committed to the establishment of standard mechanisms and policies to facilitate regular migration process. 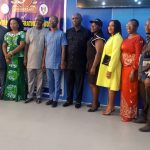 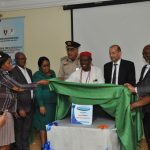 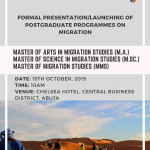